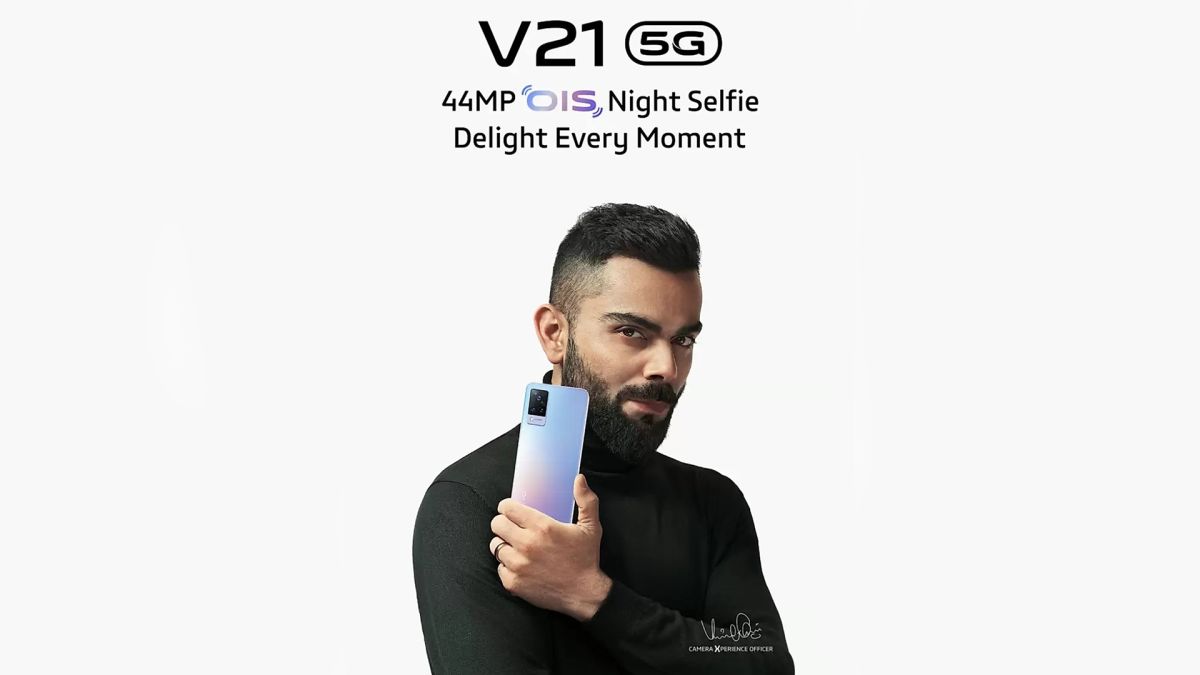 Vivo V21 5G is the upcoming smartphone from Vivo which was earlier confirmed to be launched later this month. While we were speculating about the specs of the smartphone up until now, we may have a concrete idea about what is to come thanks to a leak.

This tweet has leaked some of the specifications of the upcoming Vivo V21 5G and confirms that the launch has been set for April 29. And it seems like the focus for Vivo with this smartphone is on the cameras as both the front and back feature Optical Image Stabilisation.

According to the leaks the Vivo V21 5G is set to come with a 6.44-inch E3 AMOLED display with 90hz refresh rate and a maximum brightness of 800nits and HDR10+ technology.

The Vivo V21 5G will come with a MediaTek Dimensity 800U SoC which is an octa-core chipset built on 7nm fabrication process. In terms of battery the smartphone is set to feature a 4,000mAh unit with 33W fast charging technology.

The Vivo V21 5G will apparently feature 8GB physical RAM along with a possibility of 3GB of VRAM. This would bring a big boost in the gaming performance of the smartphone.

The camera setup on the back of the smartphone looks similar to what we have seen on the Vivo X60, and it 5G would feature a 64MP primary camera on the back with OIS along with an 8MP Ultrawide camera and a 2MP Macro camera. And the front 44MP camera will also feature OIS which is not common.

The smartphone will have a thickness of 7.29mm and weigh 176 grams which makes it rather light for one that has a 4,000mAh battery. It will come with Android 11 out of the box and be available in Sunset Dazzle, Dusk Blue and Arctic White colour options.