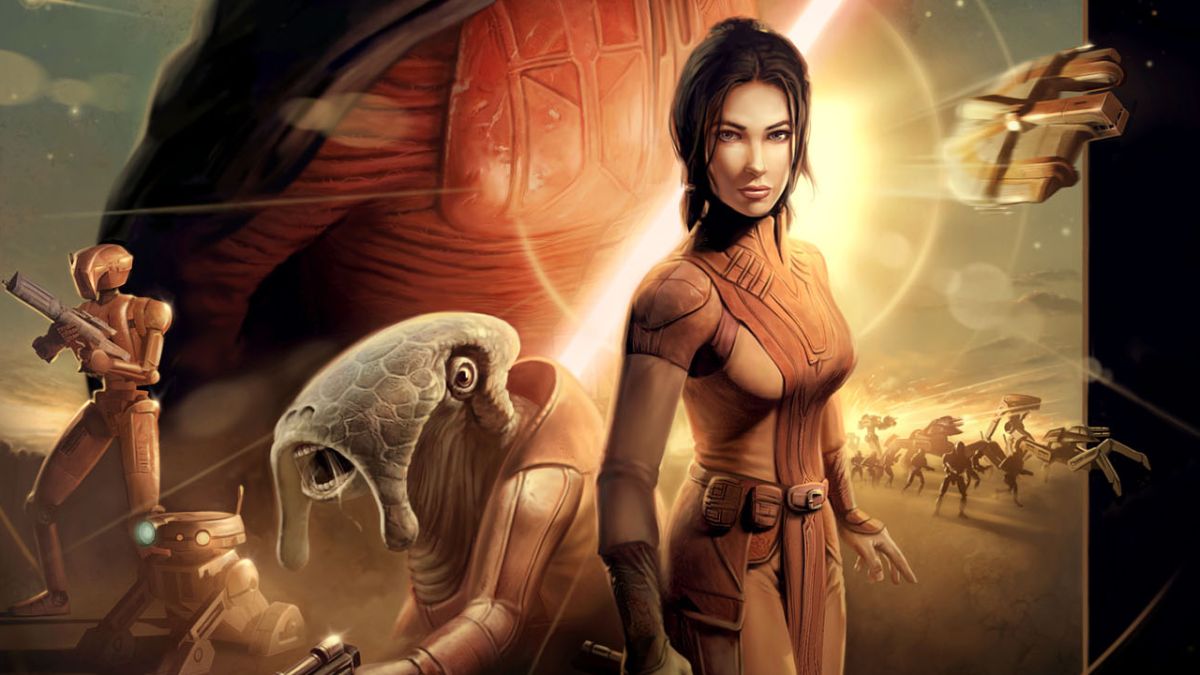 Star Wars: Knights of the Old Republic has long held the title of the best Star Wars game of all time, and rumors point to an in-development remake coming from an unexpected source.

Bloomberg’s Jason Schreier, speaking on the MinnMax podcast, has again reiterated that the game continues to be an ongoing project, stating that “there is something there. It’s real.”

“This is public at this point, I’ve basically confirmed Aspyr – which is the company that’s ported a bunch of KOTOR games – is working on the remake.”

That an aging-yet-beloved game would be getting a remake isn’t all that remarkable these days. But what’s perhaps most interesting is that original developers BioWare do not seem to be involved – or at least minimally.

Instead, Aspyr is the company behind the Mac and mobile ports of Knights of the Old Republic (as well as re-releases of other Star Wars games including Jedi Academy, Republic Commando and Episode I Racer) is taking on the remake duties.

Aspyr of course has plenty of experience with the franchise, having worked tirelessly to keep the game and its sequel alive on modern machines. But it’s not known for projects of the scope you’d imagine a remake of KOTOR would take on.

The scope of the game – whether it’s a full-on remake or more of a touch-up remaster job, isn’t clear at this point, but regardless would be the most high-profile project that Aspyr has worked on. It’s a game so steeped in fandom though that a simple reskin job would be selling the license short – thanks to Aspyr itself, it’s not like this is a game that is currently difficult to find and play in its original form. So you’d hope it’d be something a bit more ambitious.

One ambitious rumor tied to the game is that it may in fact prove to be something like a “greatest hits” of Knights of the Old Republic, and its sequel, The Sith Lords. Both games currently sit in a grey area of Star Wars canon, with elements considered part of the ongoing franchise’s codified lore and history, and other elements sitting outside it. It’s thought that the new title would tie the best bits up with a bow to bring them in line with current Star Wars continuity.