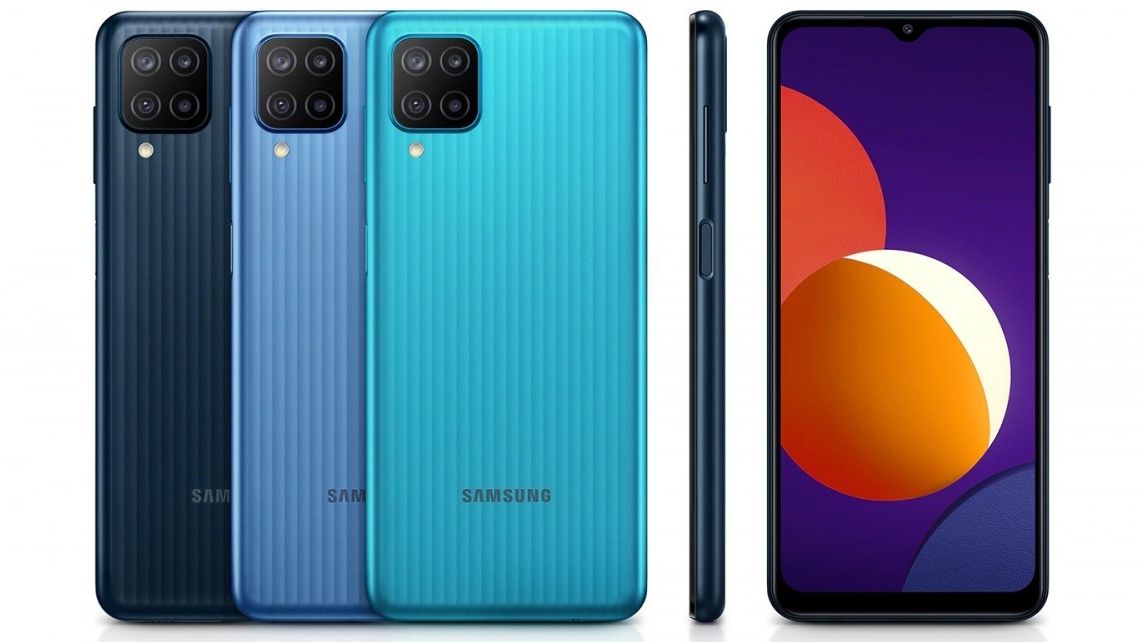 Samsung unveiled the Galaxy M12 earlier this year as a cheap phone with a big battery, and now it’s coming to the UK – or at least some version of it is, though oddly the UK model has a 5,000mAh battery, where in other regions it had a 6,000mAh one.

While that’s a disappointing change, with an RRP of just £159 we can’t complain too much – that is after all still as much battery as the Samsung Galaxy S21 Ultra has, and that phone will cost you about seven times as much.

There’s also a quad-lens camera, with a 48MP main sensor, a 5MP ultra-wide snapper, a 2MP macro one, and a 2MP depth sensor.

The phone also sports an 8MP front-facing camera, 15W charging, and a side-mounted fingerprint scanner. Still, other than the low price it’s the large battery and 90Hz screen that are the clear highlights here.

If you like the sound of it, you’ll be able to buy the Samsung Galaxy M12 in the UK from April 30, in black, light blue or green. It will be available from Amazon or direct from Samsung. It remains unclear whether the phone will come to the US or Australia, but we’ll let you know if we hear anything.