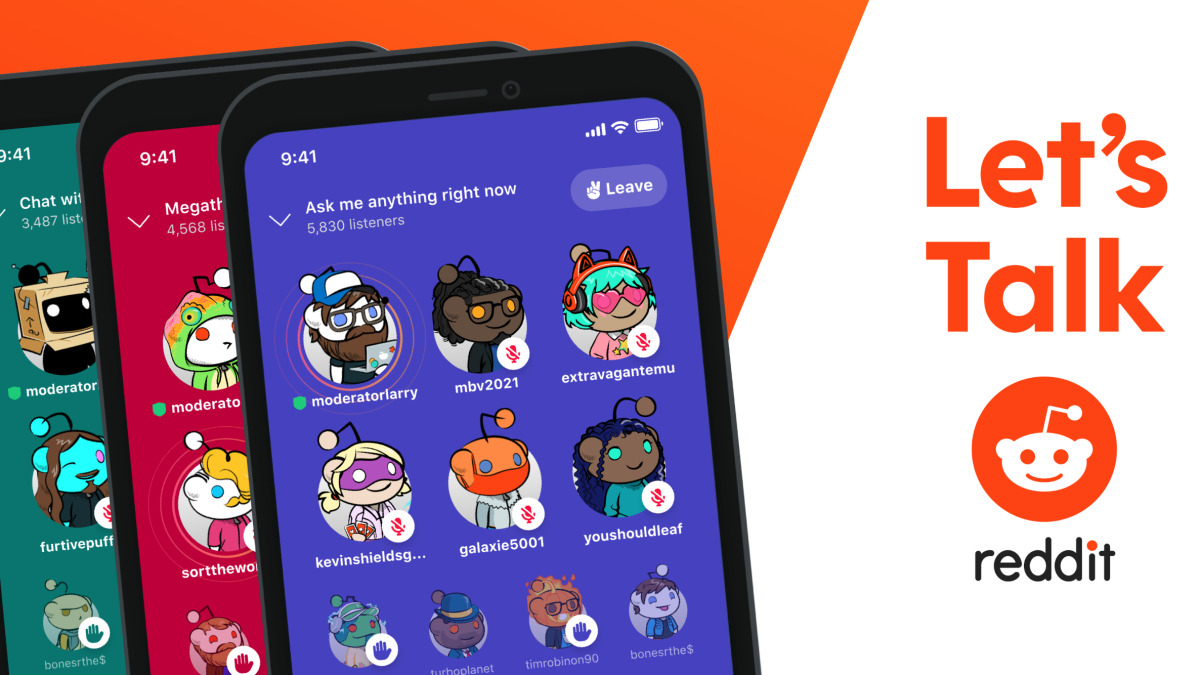 It’s raining audio products. The reigning boom for social audio tools saw Facebook announcing a suit of products. And now Reddit has joined the the most competitive race going around on social media platforms.

It is launching its own Clubhouse-like audio product, called Reddit Talk.

Though the product is not fully ready, Reddit gave a sneak preview of Reddit Talk, saying that it is “a new feature that lets you host live audio conversations in your communities.”

On Reddit’s voice chat, like in Clubhouse, speakers sit at the top of the screen on a stage of sorts, and listeners show up below.

Reddit said: “Currently, you can use text threads, images, videos, chats, and live streams to have conversations and hang out with people in your communities. While these are great mediums, there are other times where having a live audio talk may be more useful or, frankly, more fun.”

Reddit Talk will be “live” within subreddits. For those not used to Reddit, ‘subreddit’ is an individual forum on a broader topic.

Subreddits have moderators, and as of now, only moderators can start a Reddit Talk.

Redditors on iOS and Android can listen to a Talk and react with emojis. Listeners can also raise their hand for the host to invite them to speak.

Moderators who want to try the feature out in their subreddit can currently add themselves to a waitlist for access.

It’s also working on to customise how Talk looks with emojis and background colours. Users will be able to change their avatar, too.

On the subjects to be discussed, Reddit said it can be whatever communities want to use them for. “You can start talks for Q&As, AMAs, lectures, sports-radio-style discussions, community feedback sessions, or simply to give community members a place to hang out.”