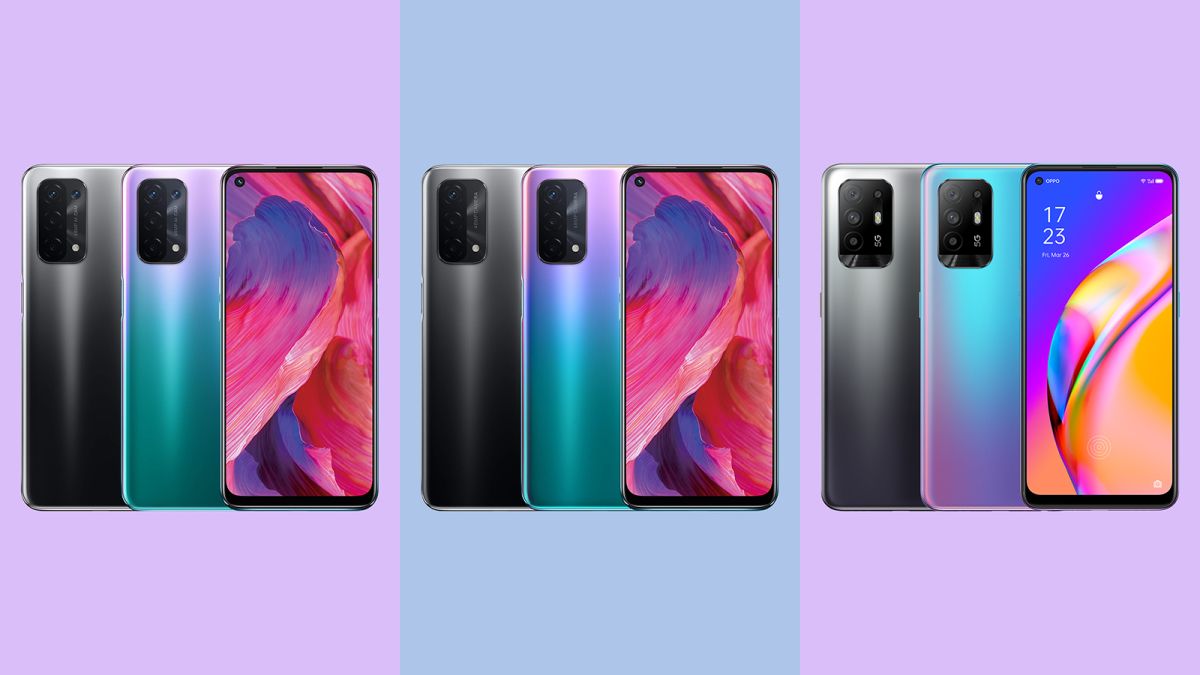 These phones come with the usual Oppo build quality and polish, but it’s that 5G connectivity and the low price points that really make them stand out. That said, the rest of the specs are reasonably impressive given the affordability of these handsets.

The cheapest A54 5G phone comes with the Snapdragon 480 chipset, which is paired with 4GB of RAM and 64GB of internal storage. It has a large 6.5-inch display, running at a resolution of 2400 x 1080 pixels and a 90Hz refresh rate.

There’s a large 5,000mAh capacity battery on board the A54 5G, and you get a quad-lens 48MP+8MP+2MP+2MP rear camera around the back with ultra-wide capabilities. Don’t expect too much from the phone, and you won’t be disappointed.

Another £30 gets you the A74 5G, with the same processor but 6GB of RAM and 128GB of storage. Its display apparently has exactly the same specs as the A54 5G, so it’s just as big, sharp and fluid as the cheaper phone.

In fact it looks as though all of the extra cash has gone on the RAM and storage, because you get the same quad-lens 48MP+8MP+2MP+2MP rear camera and the same 5,000mAh capacity battery as the cheaper model.

Dig out another £50 and you can upgrade to the A94 5G: this comes with a MediaTek Dimensity 800U processor, 8GB of RAM, and 128GB of storage. The smaller 6.43-inch screen runs at the same 2400 x 1080 resolution as the other phones – and while it doesn’t give you a 90Hz refresh rate, it does use the superior AMOLED tech rather than LCD.

The quad-lens rear camera gets some very minor upgrades – though the same 48MP+8MP+2MP+2MP megapixel ratings apply – and the battery capacity drops to 4,310mAh. Oppo is promising a day and a half of battery life across the range.